The Bridget & Eamon 2018 Christmas Special premieres on RTÉ 2 this Christmas Eve at 9:10pm.

With their TV destroyed and being held at gun point, Bridget & Eamon must recreate popular TV shows to stay alive. 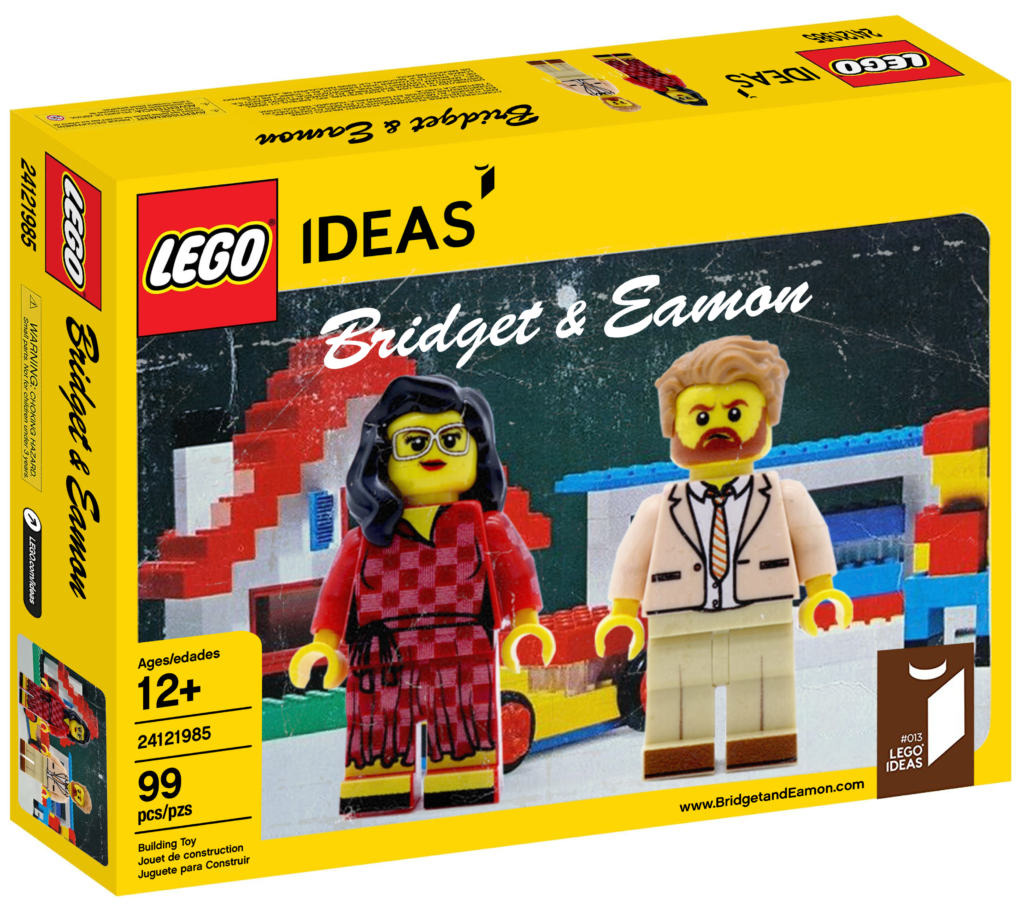 Bridget & Eamon is back on GOLD for an all-new and exclusive third series with double bills at 10pm from Tuesday 3rd April. 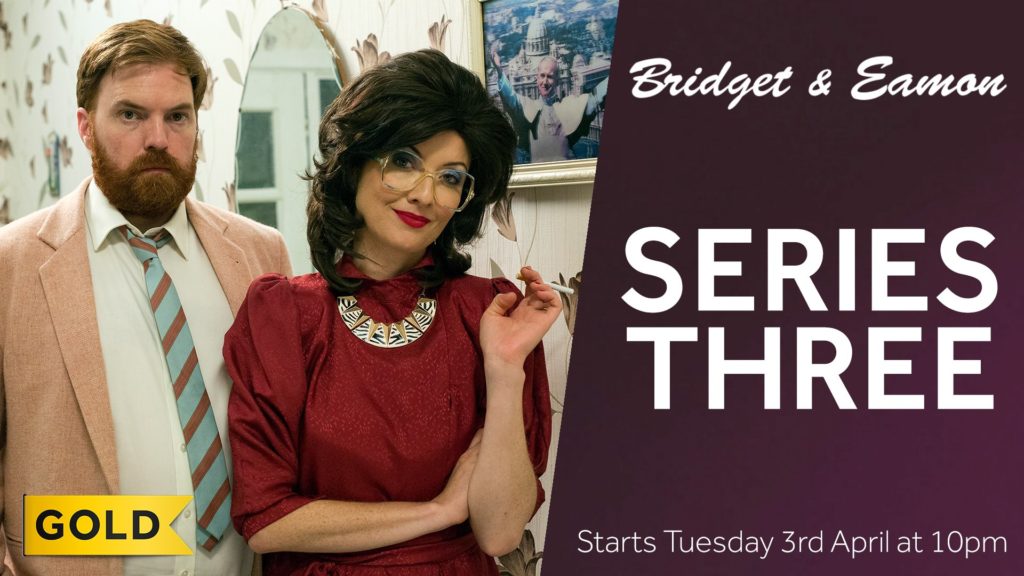 Here’s Spotify Playlists of the soundtracks to Irish versions of Season 1 and 2. 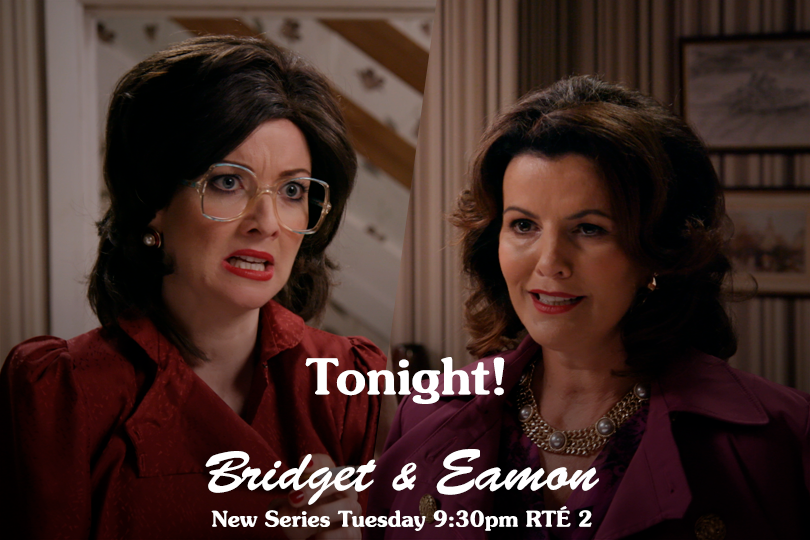 Jennifer Zamparelli and Bernard O’Shea are back for a third season of the IFTA award winning comedy series.

The series regulars all return – Edwin Sammon as Fr Gabriel and Colum McDonnell as Fierce Handy Frank, and Bridget’s “friends” and neighbours – Norma Sheahan as Noreen, Shron Mannion as Concepta, Eleanor Tiernan as Dolores and Laura O’Mahony as Grainne.

Continuing from the success of Season 1 on GOLD, Season 2 of Bridget & Eamon hits UK screens on the Friday 19 May with a double bill from 11pm. 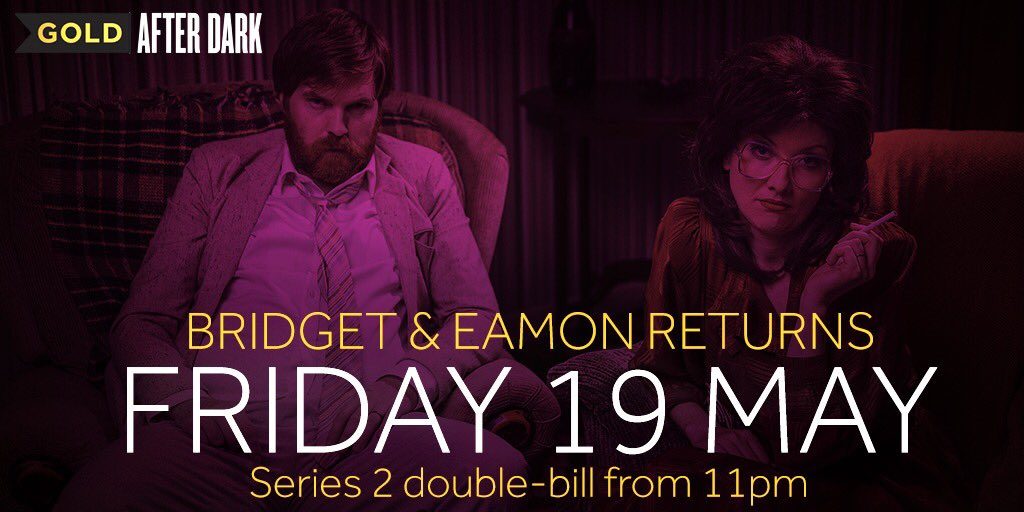